The new plant will produce swing machines and cut-to-length attachments. 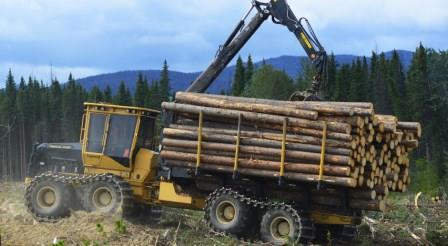 On Thursday, July 23rd, Tigercat opened their new production facility to the public to show their new state-of-the-art manufacturing facility. Several hundred people including Tigercat employees and their families toured the 11 800 m2 (127,000 ft2) building in Paris, Ontario, Canada. Increased global demand for Tigercat machines and attachments has resulted in the need for increased manufacturing capacity.  Tigercat now has nine southern Ontario locations, a large parts distribution and training centre in Georgia, a sales and distribution facility in Sweden and a dealer network that spans the globe, covering the forestry regions of North America, South America, Australasia, Africa, Europe and Russia.

The new facility will produce swing machines and cut-to-length attachments, including the 200 series loaders and the 800 series tracked feller bunchers, harvesters and loggers. The new building features light sensor skylights and bay door windows along with motion detector lights to save energy. The building’s roof is a white rubber membrane that reflects UV rays and helps reduce heating and cooling costs. There are six overhead cranes in each bay with room for more if additional space is required. Specialised concrete was used for the floors to support the machines that will be produced in the plant. Tigercat President Tony Iarocci indicates that Tigercat exports seventy five percent of their products, and that over 16,000 Tigercat machines have been produced to date, all during a time of difficult economic conditions. Tigercat has in fact been able to gain market share during this time. The major constraint to Tigercat of late was its inability to produce more machines. Iarocci explains that demand was high last year and that the company could have produced more, and now they are in the position to do it. Source: http://www.tigercat.com/major-investment-in-new-tigercat-production-facility/