Productivity Of Harvesters And Forwarders In Ctl Operations

Researchers have carried out a comprehensive study on harvester and forwarder productivity. 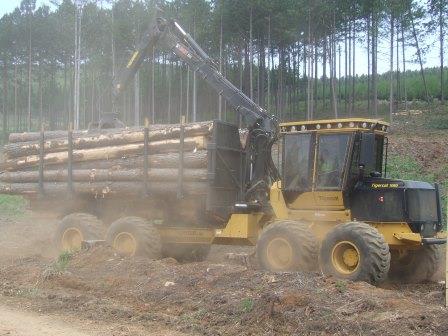 The data was collected from 700 machines operating in Northern Sweden over a three-year period. They harvested and forwarded more than 20 million m3 of roundwood from upwards of 20,000 stands. The machines were mostly operating in forests dominated by Scots pine and Norway spruce, with measurements being taken in final felling and thinning operations. Various brands of harvesters and forwarders were used. The average tree size in the final felling ranged from 0.05 to 2 m3 and in the thinning it ranged from 0.03 to 0.5 m3. Extraction distance ranged between 10 m and 3000 m (one-way distance).

The research was titled “Productivity of harvesters and forwarders in CTL operations in northern Sweden based on large follow-up datasets”. It was published in the International Journal of Forest Engineering, Vol. 25(3) of 2014. The authors were M Eriksson and O Lindroos. The article can be downloaded for free from the Editors Choice at the journal website, accessed at http://www.tandfonline.com/doi/full/10.1080/14942119.2014.974309